The topic for Safer Internet Day this year is “Think B4 U post!”

Even adults who like to think of themselves as internet savvy make the occasional gaff over the internet. From sending a furious email to a colleague, to posting a TMI update on a social networking site, many people have done it (as is evident from the glut of websites and blogs that poke fun at these mistakes by re-publishing them for all the world to see).

The thing is, as adults we know and understand the risks (we should do anyway). But just think of the mess that children or teenagers could get themselves into. Safer Internet Day is highlighting the urgent need to educate our children in protecting their online identity, by stopping to think about what they post before they post it.

A good method is to think of the worst case scenario. If you’re a teenager, does your internet enthusiast granddad need to see you dancing on a table, friends cheering you on? No? Then don’t post that picture online, and if a “friend” has posted the picture ask them to remove it.

First impressions count. You wouldn’t walk into a job interview swigging from a bottle and flashing the receptionist a V sign, but you might be creating an equally unflattering image of yourself online. Don’t let that happen. Take control. More importantly, if you have younger relatives who are obsessed with social networking, help them understand how important it is that they protect and defend their online privacy.

Major brand names also need to follow the “think B4 U post” philosophy. One of the biggest social media fails of 2009 happened when Skittles turned its homepage into a live twitter feed and internet jokers decided to post tweets that poked fun at the brand, knowing that they would appear on Skittles own homepage. Only this month we’ve seen another big social media fail as a Vodafone employee posted an extremely offensive remark on the company’s official twitter account.

We know how important it is for young people to communicate with each other, and brands to reach out to their customers, but when things go wrong online, they don’t just go away. Mistakes have the potential to cause lasting damage to the way people perceive individuals and companies. Apologies and retractions can only go so far in mitigating the reputational damage.

There are many organisations that offer guidelines to parents, teenagers, teachers and brands on how to communicate safely online, including:

Beatbullying – a charity that works with young people to lead anti-bullying campaigns, they have created lesson plans for teachers especially for Internet Safety Day, which can be found here.

eModeration – an online moderation company that has written guides detailing how community managers and brands can help create a safer environment for teens and tweens online by effective moderation and education. (Also one of our clients).

ThinkUKnow – a website managed by the Education Team at the Child Exploitation and Online Protection centre (CEOP). The site provides advice for children from 5 to 16, and includes sections for parents and teachers. 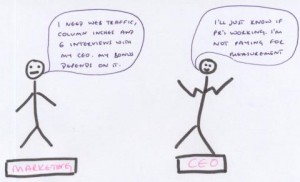