Why we need to manage our news consumption

Reuters has found that 35% of British people deliberately avoid seeing, reading or hearing the news (with many citing a range of emotions over Brexit as the motivator behind their avoidance).

Fifty-eight per cent of people surveyed said that they avoided the news because it had a negative effect on their mood, and they felt powerless to change events.

With that in mind, it’s not surprising that many people said that they did not prioritise news.

The Reuters report theorised that few of us would pay for more than one news subscription – for example, just seven per cent of people under 45 said that they would prioritise news over entertainment in their budget.

The authors of the report think that news organisations need their own Netflix-like service if they want to benefit from subscriptions, as it’s unlikely that most people would budget for multiple news subscriptions.

It wasn’t that long ago when daily news consumption was reading a newspaper in the morning and watching the 10pm news before bed. Now we have 24-hour news channels and countless news sites that post the latest stories to social media, with the most outrageous and emotive stories being shared and discussed on Facebook, Twitter and WhatsApp.

We don’t have to seek out news anymore, it gets shoved down our throats. These days, we really have to make an effort to avoid it.

When we do catch the news, it’s often just a confirmation that yes, things really are still that bad and no, there’s still nothing that you can do about it. It’s no wonder that many of us want to avoid it.

But what about people who have to keep up with the news?

You have to keep up with current events when you work in PR. The government might make an announcement that will affect your client, there could be a breaking news story that a client might want to comment on, and you need to be up to date with what’s going on in general.

But just like excessive social media use can harm your mental health, so can spending too much time keeping up with the news.

So how can we keep informed and protect ourselves from the negative effects that news can have on our mental health?

I’ve found that it helped when I started to set boundaries around my relationship with the news.

RSS readers, Google Alerts and set times for checking a trusted news site are crucial. The news may demand that you pay attention to it right this second, but you have the power to decide when and where you engage with it.

Learn to say no

Look, maybe I don’t want to know the latest thinking on a No Deal scenario right now, or which Tory grandee is pontificating on leadership qualities and how hardcore drugs do or don’t qualify you for high office. Maybe I just want to spend a few hours on focused work, or, God forbid, having some fun, rather than clicking on that click-baity headline.

We don’t need to have an opinion ready to go on everything, and if we do have one, we don’t have to share them. It may feel cleansing to have a bit of a rant on social media, but chances are someone out there will feel like engaging with said rant, and then instead of feeling better, you’re now stuck in that ranty place, stewing in your own bile.

The other thing to remember is that society is polarised right now. The left and right are at each other’s throats in the traditional media and on social media. As a result, people with moderate opinions are drowned out or put off to the extent that they stop engaging at all. A lot of news out there is designed to cater to these extremes, and it can be hard to find an unbiased outlet.

We need to know what’s happening in the world, but we don’t need to ‘keep up with’ the news. We can’t. The 24-hour cycle means that there’s always something new being reported on, always some extra bit of information that we need to process. It can be exhausting.

Keeping informed may be part of our jobs, but it needs to be done in a way that helps us do our jobs well, rather than overwhelms us.

Photo by Kev Costello on Unsplash

Gemma Storeyhttps://carrotcomms.co.uk/
Gemma is Carrot's Content Specialist. She's a regular blogger for PR Examples.
How will workplaces evolve in the next 5 to ten years?
Do you put your money where your values are? 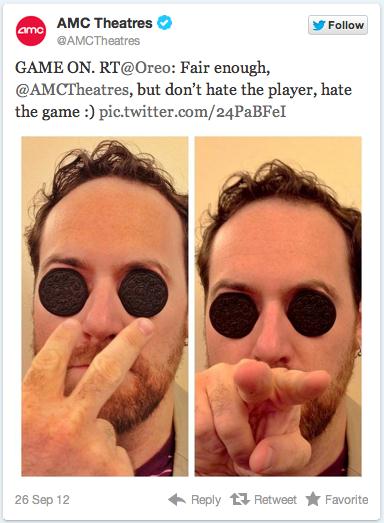 PR for SMEs and fast-growth companies