3-minute read: A bit about blockchain

A blockchain is list of records that’s linked, and can be added to, via cryptography. Each ‘block’ of data contains transaction data and a timestamp.

Harvard Business Review defines blockchain as a “peer-to-peer network that sits on top of the internet”. Because previous blocks in the chain cannot be modified, the system is resistant to tampering, and therefore can act as a reliable ledger between two parties.

“blockchain could dramatically reduce the cost of transactions. It has the potential to become the system of record for all transactions. If that happens, the economy will once again undergo a radical shift, as new, blockchain-based sources of influence and control emerge.” — HBR

Why do we need blockchain?

While the digital economy is thriving, one side effect of taking business beyond the face-to-face interaction is the increased need for security and auditable evidence.

Sixty years ago, our grandparents often conducted a lot of daily business based on the trust they built up by seeing a person every day. For example, they may have had an account at the local butchers, or had a verbal agreement with their local bank manager.

However, in a digital world where we’re continually doing business with strangers, we need a secure and trusted way to do business.

How is blockchain being used?

The blockchain market is predicted to be worth $60.7bn by 2024. It’s easy to see why. Blockchain has significant potential for improving the security and fidelity of contracts, transferring money and accounts (and allowing people with no traditional bank accounts greater access to the economy). It also offers a way for people to establish ownership of digital content.

It will be interesting to see how banks; insurance providers and other established industries adapt to blockchain. Will they take advantage of the benefits it can bring (such as fraud prevention and error reduction)? Or will they see it as a threat? Innovative organisations are already starting to explore what blockchain has to offer.

Gemma Storeyhttp://carrotcomms.co.uk/
Gemma is Carrot's Content Specialist. She's a regular blogger for PR Examples. Find her on Google+.
Previous Post
Is AI a threat to PR copywriting?
Next Post
The power of everyday language 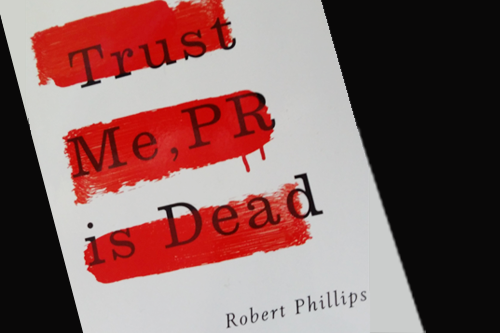