Alright, look, I know that AI probably has a wondrous future. A future of assisting customers, helping copywriters do their best work and eventually gaining full sentience, taking over the world and killing us all, but it has a way to go yet.

Over the past few months, AI has started to creep into my everyday work, nosing in where it wasn’t wanted. It began with Cortana, or as I call it, Bloody Cortana.

The moment someone pings over a message, Cortana gets on its horse like some medieval knight ready to defend me from, you know, needing to think, and starts suggesting responses.

Usually, it’s just annoying. Sometimes, it’s downright awkward. Observe this snippet of discussion between two colleagues. Cortana is reading what they say and knows exactly how I should respond. 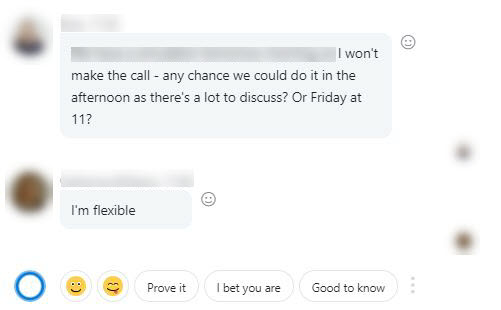 In a previous conversation, it recommended that I convey my agreement to something my boss suggested, not by typing ‘yes’, but by clicking a button and saying ‘indubitably’. Being a giant nerd, this gives me serious Data playing Sherlock flashbacks. It’d also make me sound stupid.

Of course, I’ve discovered the “Help! How do I turn this moronic tool off?” option in Skype, but there must be a glitch in the system because every now and then Cortana pops up with more suggestions.

Then, just a few weeks ago, Google introduced auto-complete suggestions to my work email. And I thought Cortana was irritating!

Start typing, and Google’s AI presents you with a suggested rest of the sentence in grey. All you need to do is hit tab and job’s done.

I’m a writer. I like writing. More than that, I do this thing as I type called thinking. And, I also need to write things for myself because it helps me learn and develop. By letting the AI do it for me, I’m essentially gifting it my training.

The only thing Google’s suggestions do is make me determined to beat the AI. Think you know what I’m going to type do you? You email-reading, privacy-invading robot? Well, guess again.

“Are you, perhaps, taking these suggestions a bit too seriously?” I hear you ask.

Alright, I know these things are suggestions. But they’re also distractions.

I do enjoy the irony that Google’s Smart Compose is forcing me to think harder about my emails (the opposite of its intended function).

AI needs to learn, and we are all its Yoda – Guinea Pig hybrids, both guiding it and letting it experiment on and study us. It’s being refined every day (Google’s recently stopped its AI from suggesting gender-based pronouns in emails). So perhaps one day having an AI predict our words will be the norm, and not as creepy as it feels now.

You could argue that things like Smart Replies (the buttons with suggested one-word answers that pop up every time you check your email on your phone) and Smart Compose, do have their place – if you need to reply to an email that you’re not really bothered about. But it feels a bit dismissive to just hit a button and have the computer deal with bothersome human interaction.

Communication should convey thoughts, feelings, understanding and ideas. Can it really be outsourced to an algorithm? I suppose time will tell – but for now, Cortana better stay away from my Skype conversations.

Gemma Storeyhttp://carrotcomms.co.uk/
Gemma is Carrot's Content Specialist. She's a regular blogger for PR Examples. Find her on Google+.
Previous Post
The perils of the gamer backlash
Next Post
Are paywalls the future of online news? 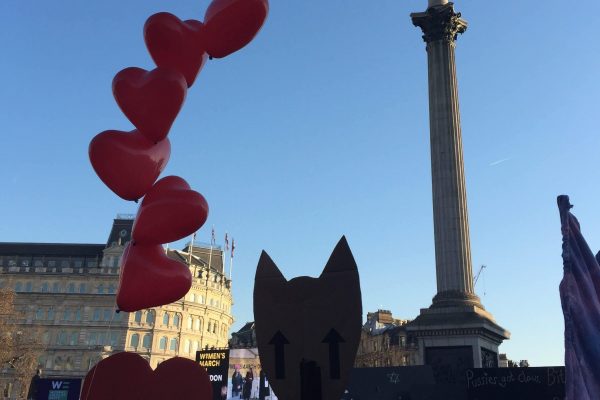 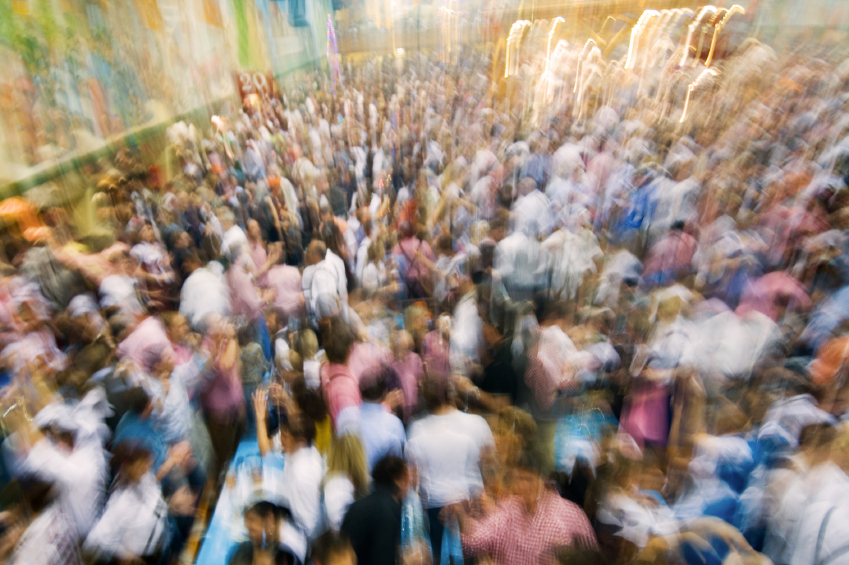 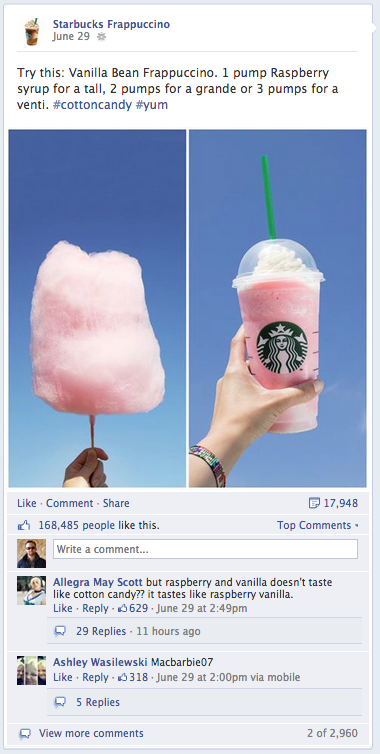