Trust and the power of expert influence in 2018

The Edelman Trust Barometer had some interesting insights into how media is perceived and defined in 2018. We seem confused about what classifies as media, but we’re clearer about where we place our trust.

While we all respond to influence in different ways, what really influences our choices is the trust we have in the word of the person speaking. Even if we know them well, they may not be able to influence us unless we trust their experience and / or share their tastes.

The report shows that we’re receiving information from a variety of sources, but we’re often sceptical of what we’re told. How can businesses address this in 2018?

While 89% of people said that journalists where what they thought of when asked what “media in general” was, 40% said brands and 23% thought of influencers.

As far as platforms were concerned, 48% of respondents defined social media as “media in general”, 41% selected actual news apps, and 25% thought that search was media.

The global results showed that trust in social media and search had declined since 2017, while trust in traditional and online-only media had increased by five percent.

Most people believed that large media organisations were more concerned with their brand than the veracity (#truthiness) of their news.

The report found that media was the least trusted institution (the others being business, the Government and NGOs). Out of the 28 countries in the survey, 22 actively distrusted the media. (UK figures were the same as 2017, but in the US, trust in the media fell by five percent.)

The impact on business

There’s been a rebound in trust in experts. Sixty-three percent of respondents said that they trusted the information that they received about a business when it came from a technical expert (up three percent from 2017), and 61% trusted an academic expert.

However, trust in information from “people like yourself” dropped by six percent to an all-time low of 54%.

Sixty-four percent of respondents said that CEOs needed to lead on change, not wait for the government to act. For 69% of people, the most important task of the CEO is to build trust.

A stranger on the internet may think something is great, but that doesn’t mean we agree, even if we’re fans of their content.

We weigh their words against a combination of their expertise and our relationship with them. Do we trust them? Have we enough experience of their content to know that their enthusiasm is genuine?

Brands need to consider this when selecting the right influencer to work with.

Yes, they may have hundreds of thousands of subscribers in your target demographic, but how many watch their videos? What’s their relationship with their audience like? Do the people who follow them take action on their recommendations?

The most successful influencer-brand relationships are natural and frictionless. There’s a clear trust between the brand and the influencer. The influencer has a natural enthusiasm for what they’re doing; giving even sponsored content greater authenticity.

As a fan, you can see the trust between the brand and the influencer, and your trust in both (and the information they’re providing) increases.

2. Bring out your experts.

CEOs can help promote trust in their businesses by supporting and giving a platform to their experts. They can focus on the ‘why’ of the business; on telling people about its story and mission. Experts can concentrate on the ‘what’ and ‘how’ aspects.

They should be honest about their struggles. ‘We want to create X change in the world, we’ve had some setbacks, but this is what we’re doing to overcome them’.

‘Fake news’ may be a real thing, but it’s also used to keep people questioning what they’re being told. The world is being gaslighted by global leaders. We all need to know that we can trust the information brands are giving us.

Trust in traditional media has increased, but many people are confused about what ‘media’ is. I see media as news channels, sites, papers and journalists. Others include search, social and influencers in the media mix.

But traditional media is regulated. A lot of what search, social and influencers do is not.

We’re questioning what we see on these platforms. Is it real, is it a hoax? Is this going to embarrass me if I share it?

Whatever platforms brands choose to communicate on, that communication has to be clear and direct. Focus on building the authority of not just the CEO, but your experts. Work with influencers who are experts in their area and in their own communities. Use social media and search to make your message easy to find and understand.

Trust has always been vital in communication and deal-making. If I can’t trust you to keep your word, why would I want to work with you again?

As the Edelman report shows, people are looking to businesses, and their experts, to lead and change the world for the better. That’s the most important thing any of us can work towards. 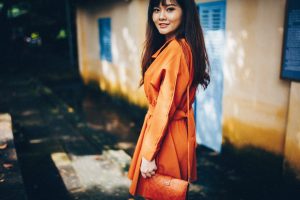 Influencers and the problem of fake followers

Avoiding a culture of toxic positivity