It’s almost Christmas, or very nearly the end of the world, depending on your view, and so I wanted to share this great story reported on adage.

Toy maker, Hasbro, is getting ready to bring out a range of gender-neutral colours of its Easy-Bake Oven, all because a teenager wanted to get her brother one. Now, let’s set aside for a moment that a) there is such a thing as girly colours and that b) the brand has to produce a product in a “gender neutral” colour in order for it to sell well with boys, and focus on the good here.

The 13-year-old girl wanted to buy a toy oven for her four-year-old brother, but didn’t like the fact that the toys were only available in purple and pink, and that the marketing was oddly skewed towards the female population – almost as if the brand didn’t expect boys to be interested in cooking.

The evolution of the Easy Bake Oven… 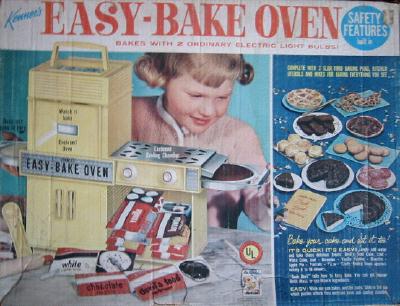 She set up a petition on change.org (a brilliant website that uses the power of social media to promote petitions started by its users – the most signed petition currently has more than 565,000 signatures) to bring her opinions to the attention of the brand. In the end, over 45,000 people signed the petition, which asked for boys to feature in the packaging of Easy-Bake Ovens.

Top American chefs also got behind the campaign on YouTube:

According to The Telegraph, Hasbro did have a boys version of the oven out around 10 years ago – they called it the Queasy Bake Cookerator and it came complete with its own slime. 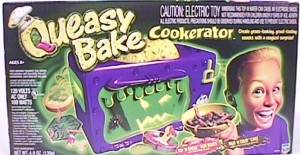 Hasbro responded to the popular petition by saying that a gender neutral product had been in development for the past 18 months (hmmm), and invited the teenager and her mother to tour the headquarters and meet with the team behind the Easy Bake product. The new oven is promised to be ready in around a year. (It’ll have to makeover the Easy Bake website as well.)

Hasbro’s response has been great. It’s showed that it has listened to people’s views, and it’s made an effort to get involved in a dialogue with the original petitioner. The petition was set up 21 days ago, collected in excess of 45k signatures, and spawned celebrity chef support videos. It may have taken the brand a while to respond, but the reaction on social media shows that the eventual response was the right one.