March: The month in social media

It’s time for our round-up of social media news that caught our attention last month. What social media developments caught your interest in March?

It may seem like a good thing to favour relevance over recency, but who, or what, decides what is relevant? How precise is this algorithm? Someone may “like” a post about their nephew being three weeks old, but that doesn’t mean they want to be instantly aware of all baby related updates posted by a friend of a friend that they met once in 1999.

There’s not been much of a backlash about the changes to Instagram, probably because, unlike Twitter, people don’t tend to go there for breaking news. They go there to share interesting-looking snaps. So in the case of Instagram, maybe the change will not only benefit brands, but the rest of the user base as well.

In March, Facebook, Google and WhatsApp announced that they would be tightening encryption of user data. According to The Guardian this was in response to the Apple vs FBI data access issue. WhatsApp acted quickly, adding end-to-end encryption for all user messages on 5th April.

“WhatsApp has always prioritized making your data and communication as secure as possible. And today, we’re proud to announce that we’ve completed a technological development that makes WhatsApp a leader in protecting your private communication: full end-to-end encryption. From now on when you and your contacts use the latest version of the app, every call you make, and every message, photo, video, file, and voice message you send, is end-to-end encrypted by default, including group chats.” – – WhatsApp blog

Data privacy is becoming a big issue for social networks. As the Independent points out, the UK government is attempting to gain greater access to the data people share and access online, while other nations – perhaps restricted by codified constitutions – are taking issues of access on a case-by-case basis.

Many tech companies are placing themselves firmly in the camp of user rights, rather than government access. We’ll have to see how successful these endeavours will be in the long run.

CNBC reported that Snapchat stole the show at SXSW, despite not being an official part of the event – and let’s face it, Snapchat isn’t the cool new kid on the block anymore. So how did it make such a strong impact?

In short, it became the app that everyone was using.

Samsung and Spotify used it to create sponsored geofilters for attendees to use, while other brands used targeted geofilters to add content accessible around the areas of their events. 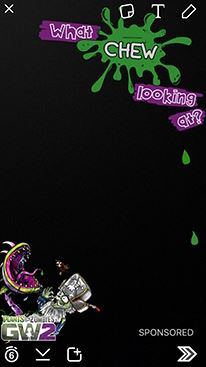 Apps like Snapchat need to encourage brands to use their platforms, by using SXSW to showcase the possibilities of the app to brands, Snapchat managed to get significant attention from attendees and media alike. 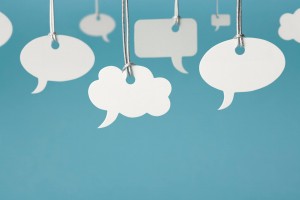 February: The month in social media