I’m convinced that there is a giant social network conspiracy to evolve me into Victor Meldrew. Why? Because every time I log in to one network or another I’m almost always confronted with a really horrible change. A change that induces the need to moan, loudly and longly (okay, look, that needs to be a word) about how rubbish said change is.

Of course, I usually work from home, so no one is around to hear this moaning. Hurrah for social media then! (Wait…this is confusing me now.)

Look, all I want to do is log on to whatever network or app I need to use; use it, and get on with my life. Is that too much to ask, social networks?

This (let’s face it, rant) was born of me logging into my personal least favourite social network, Facebook. (Lord, how I despise thee…)

I was immediately greeted with:

Facebook is supposed to know everything about you, right? So surely it knows that I dash in to post essential work stuff, and that I sometimes get hijacked by the people who love Facebook (you know who you are and you scare me) who sometimes see that I’m on Facebook (yeah, thanks again Zuckerberg) and pounce like some wild-eyed Jumanji survivor hiding in the bushes outside your house.

Facebook is bad enough at the best of times, but cheesy videos? Really?

The world is watching you

Twitter. I love you. You are my favourite network. But why have you decided that the world needs to see what I like?

I’m conflicted. Personally, I use likes as a way to either bookmark tweets, or because I like something but don’t want to retweet it. I might as well just RT it now anyway.

And you might not want everyone and their uncle to see your penchant for Trump WWE gifs or fandom artwork.

Yet…I have seen some great tweets that I’d have missed if this like sharing thing wasn’t a feature. So I really don’t know what to think about it.

You missed all of these tweets!

It’s like trying to use Reddit like a normal online forum. On a regular forum, you can have threads that last for years as the conversation evolves and the original poster forgets they even joined the forum in the first place. Reddit is more of a ‘hey look at this, you have 10 hours to respond before this conversation becomes old news’ kind of place.

Why Twitter decided that I needed to see what I’d missed while I was asleep, at work, or occasionally not superglued to my phone, I don’t know.

But I do know that it’s annoying. I don’t like this. I click. Show me less of this. I jab.

Yet still I have to close a stream of sometimes day-old tweets to get to what people are talking about right now.

Did you know that people are posting to Facebook?

Gah! Facebook, stop emailing me to tell me that someone has used your site. It’s like a toddler calling you over to look at its wee for the 600th time. Hurrah! Well done. Bravo.

Most obnoxious of all, it seems to be impossible to turn this feature off on Facebook. Every time I think I’ve cracked it, the emails return days later. It just has to show off.

The Twitter app on my android has been sending notifications about random things that other people are doing on Twitter.

“Oh!” You cry. “Someone has liked/replied/been nasty to me on Twitter”.

You pick up your phone in anticipation, and…nope, some random person has tweeted a screenshot from some talk and Twitter thinks you should be aware of this.

You should know this right now damn you! If he has to sit through this power point presentation then so do you!

Thankfully, this only seems to be a thing on the business accounts I use. If this was on my personal Twitter, my hair would be grey by now.

I don’t expect social networks to be perfect. I’m even willing to admit that there are people in this world who adore the montage of them and Gary from accounts, but I know I’m far from alone in finding some of these changes obnoxious and just plain wrong.

Do the Snapchats, Instagrams and WhatsApps of the world do anything half as annoying? I don’t think they do yet. Let’s hope it stays that way – and that I don’t go full Meldrew before my allotted time. 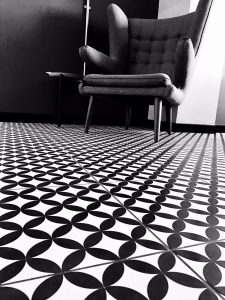 Seven statements that stop us from changing 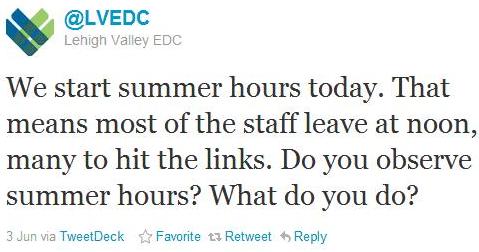