You would think that common sense and decency would kick in here and that no brand would even dream of using a national disaster or traumatic event of any kind to promote its product – especially if said product was completely useless when it comes to responding to the problem at hand. However, you would be wrong.

On April 11th an 8.6 magnitude earthquake occurred under the Indian Ocean – around the same location as the 2004 earthquake that spawned the Boxing Day Tsunami. It was feared that there would be another tsunami, and Thailand, Malaysia and India carried out precautionary evacuations.

It was during the evacuation that someone at KFC Thailand decided to post a supportive message on Facebook which read: “Let’s hurry home and follow the earthquake news. And don’t forget to order your favourite KFC menu.” Yes – because if there’s one thing you think of in the middle of a potentially life threatening situation it’s your craving for fast food.

The brand started to receive hundreds of critical comments on its Facebook page, but it didn’t remove the post, or apologise, until the next day.

Social media presences don’t operate from 9 to 5. A mistake made at 5:30pm will be seen, screen grabbed, tweeted and blogged about hundreds of times before the office opens the next day. Brands need to ensure that social presences are monitored and a crisis team is in place to deal with any out of office hours issues as and when they happen. (The Red Cross is a brilliant example of a brand handling this well.)

Brands born during the social media age have an advantage when it comes to understanding the impact that social media can have on brand image and reputation. Often, these brands have found that social channels have helped them gain a following and create positive brand awareness that they couldn’t have afforded otherwise. But they also realise that social can be used against them. That it’s a way for people to force them to listen and take action.

Procedure processes and internal regulations written in the age of snail mail just aren’t fit for the rapid fire world of social media. A crisis is happening. The brand is coming under fire; its reputation is being damaged. What’s needed is a fast, well thought-out, appropriate response tailored for all effected communications channels. This can only happen if there is a clear strategy in place already, and that can only happen if the brand takes the time to prepare for a crisis when everything is going according to plan. Time to update that crisis training. 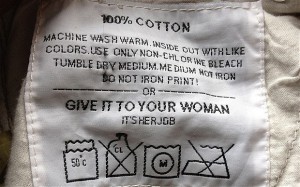