The horsemeat scandal isn’t really about food safety, it’s about trust. How can people trust the food that they’re eating? How can the brands involved reassure consumers that they’re taking the issue seriously and doing everything in their power to ensure the safety and quality of their food?

Tesco and Waitrose have both promised changes in the wake of the horsemeat contamination. Tesco stands out for communicating with its customers clearly and directly through the crisis.

But one supermarket stands out for different reasons: its CEO’s media appearances. The Iceland CEO, Malcolm Walker, appeared on the Andrew Marr Show on 17th February and Panorama on the 18th. Both interviews caused controversy.

He made some valid points in both interviews, but they were overlooked in favour of his more headline-worthy remarks. What can other spokespeople learn from these interviews?

Don’t blame someone else

“…supermarkets are visible because they’re on the high street, but supermarkets shouldn’t be blamed. British supermarkets have got a fantastic reputation for food safety and go to enormous lengths to protect their brand. If we’re going to blame someone, let’s start with local authorities, because there’s a whole  side to this industry which is invisible, that’s the catering industry, schools, hospitals, it’s a massive business for cheap food and local authorities award contracts based purely on one thing- price. So if you’re looking to blame somebody who’s driving down food quality, it’s invisible, it’s schools, it’s hospitals, it’s prisons, it’s local authorities who are driving this down.”

Then later in the interview…

“The real culprits in this it’s the catering industry, these dodgy cutting houses and backstreet manufacturers have been supplying products to the catering industry and a lot of that is bought by local authorities for schools and hospitals – that’s where the problem really lies.”

CEO: “I know exactly what’s in our products.”

The Chairman of the Local Government Authority and the Local Authorities Caterers Association objected to the portrayal, but it was only when the Food Safety Authority of Ireland objected to Mr Walker’s words that Iceland issue a statement:

“Iceland and our chief executive, Malcolm Walker, are deeply sorry for any offence caused by his TV interview last night.

His comments were not intended to be disrespectful to the Irish people, including our many Irish customers, colleagues and suppliers, or to the Irish food safety authorities. We hold all of these in the very highest regard.”

I’m not saying that you have to accept blame yourself, when you believe that you are not at fault, but understand that if you go out and blame others, you’re making your own brand a target. Resulting in headlines like this telegraph.co.uk one:

CEO: “A supermarket will sell 10,000 products, they can’t test everything…if I turned up at the Kellogg’s factory and said ‘I’ve come to test your cornflakes’, they’d tell me to piss off wouldn’t they?”

Don’t mention the pets (or hedgehogs)

Panorama – After saying that they constantly test their own brand products (great message), he continued:

“Did we test for horse? No, but we haven’t tested for dog or cat either. I mean, there might be dog or cat. You can’t test for everything.”

“Supermarkets carry out an enormous range of testing procedures on every product that bares their name, and okay you can say that we haven’t been testing for horse, well, why would we? We don’t test for hedgehog either.”

This may seem like a clever way to get out of a tricky situation. Why would they think of testing for it? It’s as ridiculous to think that horse would be in a beef burger as thinking that any other non-bovine species would.

What I, (and I’m sure many others) heard, was. “We have no clue what goes into this food. You could be eating Fido and Snowball II.” That doesn’t make me want to run out and buy a ready meal.

You can understand why, he wanted to make clear that certain products may have been contaminated from being produced in a factory that had been unwittingly processing horsemeat, rather than there being great chunks of Black Beauty in your lasagne. But, it’s still something that unsettles people, and makes them question their trust in your word.

BBC: “Horsemeat has been a really big issue.”

Again, what I think the CEO is trying to say is, “Calm down dear, it’s only a microscopic amount of DNA, don’t be so precious.” Just because a person buys a ready meal rather than cooking a meal from scratch (using locally sourced, organic produce, natch), it doesn’t mean they’d be happy to eat road kill. They still have standards, and expect that the brand their buying from does, too.

Playing down the importance of the issue won’t help rebuild trust in the brand.

Don’t insult your customers (or your own products)

Here’s where things get murky. Walker gave Eddie Mair a good explanation of how food quality works in supermarkets, he said most supermarkets have premium, standard and economy ranges – but that Iceland did not have an economy range. He then explained Iceland’s food production process (the brand has its own meat-cutting house and the majority of its ready meals come from its own factory).

When Mair asked him if he would eat “other supermarket’s” economy ready meals, he said that personally he would not, because “they won’t contain much meat”. The Sun reported the statement, pointing out that Iceland sold eight burgers for £1 (in other words, the Iceland boss was casting aspersions on his own products). 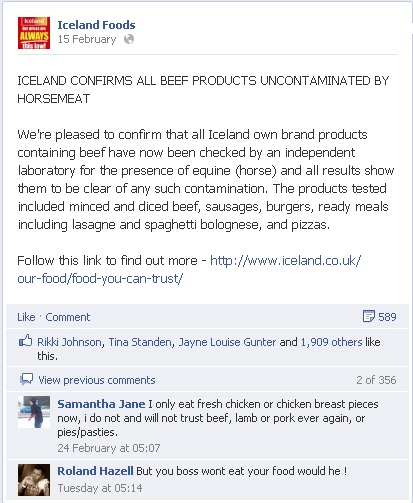 When asked what he would say to British consumers he said: “Don’t panic. British supermarkets have got the best food safety standards in the world.”

Great message – it’s a shame it got lost amid the gaffs. 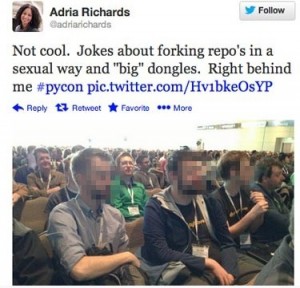 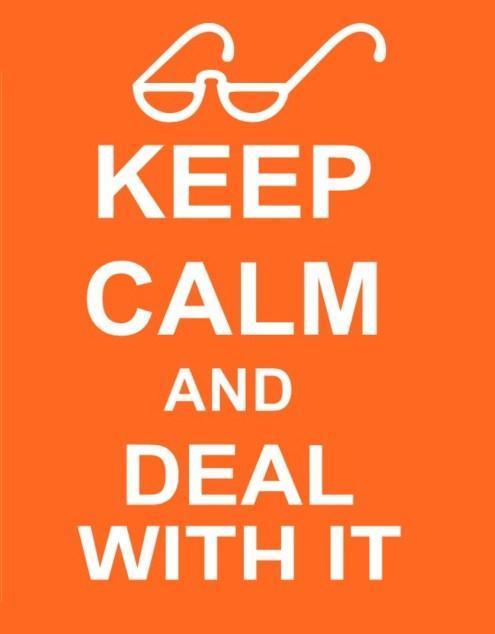