Carrot Communications works with our client social media management agency, eModeration, to provide a comprehensive social media crisis rehearsal. We use our own closed environment to simulate an unfolding crisis, enabling brands to get to grips with what they would do in a crisis, without having to experience the real thing first.

Tia Fisher, Marketing and Communications Manager at eModeration has written a great summary of what the service offers, which she has kindly allowed us to re-post below. 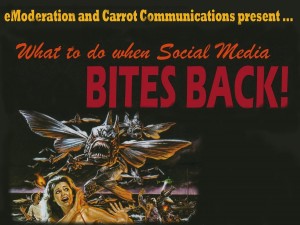 As I explained in my post: Why Rehearsing for a Social Media Crisis is Crucial, there’s nothing to prepare you for a crisis that is quite as good having a crisis. We’ve been running a number of social media crisis exercises over the last few months, using our social media simulator (developed jointly by eModeration and Carrot Communications). We’ve primarily been working with the communications teams of large corporates, using our social media simulation software to let them rehearse how to manage their online audiences through a crisis as it unfolds.

Before the exercise starts, we work with each company to identify the kind of crisis it could face – ranging from an erroneous tweet sent by a rogue employee to a full-scale industrial accident – and then work out how that crisis would play out over social media.

We develop a full storyline, throwing in a few wild cards (lobby group pages, industry blogs, whistleblowing employees and so on) and work that across different channels like Facebook, Twitter, video channels, blogs and online media. The idea is that the team we’re working with have to respond to different scenarios that we ‘release’ throughout the training, responding as if in a live environment.

Meanwhile we have a team of trained community managers in the background, playing the role of the general public and reacting to what the delegates are doing, so they can see the impact their crisis management responses might have in a real situation. The simulator scores how they’re managing the crisis on each channel, and a running sentiment swing-o-meter shows how they’re doing overall. (Of course, it’s all done in a secure, password-protected environment, with brand names changed.)

It’s about as close to managing a real crisis as you can get, and adrenalin levels throughout the simulation are high.  In some exercises, we’ve added a competitive scoring element, so groups are pitted against each other, which adds to the pressure. It’s been really interesting to see how different groups respond during the live simulation, and there are some similarities across all the groups – some we expected to see, some we didn’t.

1. Agree the roles, tone and approach of the crisis team

Watching the dynamics of a crisis team during the simulation is fascinating. The most effective teams are those who agree their strategy and approach together, set out clear roles for each member of the team, appoint a leader to have overall control of the message, and stay consistent in their tone of voice, and broad message. Defining who does what at the beginning of the crisis avoids individuals doing their own thing and risking contradicting each other. Agreeing an approach, message and tone for each channel also means you can use a team of people to respond rather than just one, which relieves the pressure (and reduces the chance of someone losing their cool).

One of the most interesting observations for us is a shift in the relationship between a company’s legal team and its communications team. In one exercise, a number of delegates were doing nothing at all to respond to the crisis. As a result rumours and negative sentiment was building, and the ‘public’ was demanding an official response that wasn’t forthcoming. We asked the group if they were ok. They said they were doing nothing because that was the advice of their legal counsel. At the same time, they could see their reputation was suffering as a result of doing nothing. It led to a fairly heated discussion and the legal team and the communications team has agreed to review their crisis procedures together; both sides saw that what might be legally viable isn’t necessarily helpful to the company’s reputation in a social media world. This is an issue that keeps cropping up, and one that we’re going to look at in more depth over the coming weeks.

3. Make the message appropriate to the channel

One of the most common lessons from the simulation is seeing how the message that’s appropriate for your Facebook page isn’t necessarily right to post on a Facebook group; and your corporate press statement, while effective on your website, rarely translates easily onto Twitter (and never to YouTube). Comments posted to YouTube tend to be more abusive at the best of times – possibly because they’re completely anonymous – so are often best left alone. People on Twitter and Facebook, however, will often expect a personal reply, or at least an appropriate group reply that answers their questions. The point here is that while your overall message needs to be consistent, it does need adapting to each channel.

This is a question we get asked a lot, and while there’s no definitive right or wrong answer, a good guide is to post as often as is needed for people to see your message. Comments on Twitter and Facebook Timeline get lost pretty quickly, so if you want to get a message out, you need to repeat it a few times so it’s seen. But keep the message relevant – flooding your social sites with positive messages that have nothing to do with the crisis isn’t going to win you any friends.

You can’t dictate where people talk to you, but you can try to take the conversation off Facebook and Twitter by encouraging people to check your website for updates, or linking to more information.  But don’t assume everyone will do what you want, and keep monitoring all your channels for questions and comments.

6. What about negative comments?

Censoring or deleting negative comments, however tempting it is, usually exacerbates a situation rather than neutralising it. Don’t rise to provocation. You can (indeed you should) correct mis-information, but don’t let negative posts goad you into losing your cool. Never divulge personal information or get into an argument; stay calm, focused and informative without being over-familiar.

(We’ve got more advice on how to deal with negative comments on the eModeration white paper, A Guide to Managing and Moderating Customer Review Sites.)

Here’s what Jonathan Hemus from Insignia Communications had to say about the simulation workshops:

“The exercise helps businesses  to experience the intensity, pace and pressure of a social media  crisis, and to refine their tone of  voice, indeed their entire approach to communication.  Even company  lawyers have recognised the need for a re-think about current approval  processes.

“The simulation enables organisations to identify the gap  between their current crisis management plans, procedures and training,  and the infrastructure required to deal with the challenge of social  media.  This delivers a clear list of actions at the end of each  simulation for bringing the organisation up to its desired state of  crisis preparedness.

“Anyone who has experienced the social simulator becomes an evangelist for it.  Anyone who hasn’t is likely to be ill-equipped for the social  media crisis which may lie just around the next corner.”

The reputation of business matters to everyone 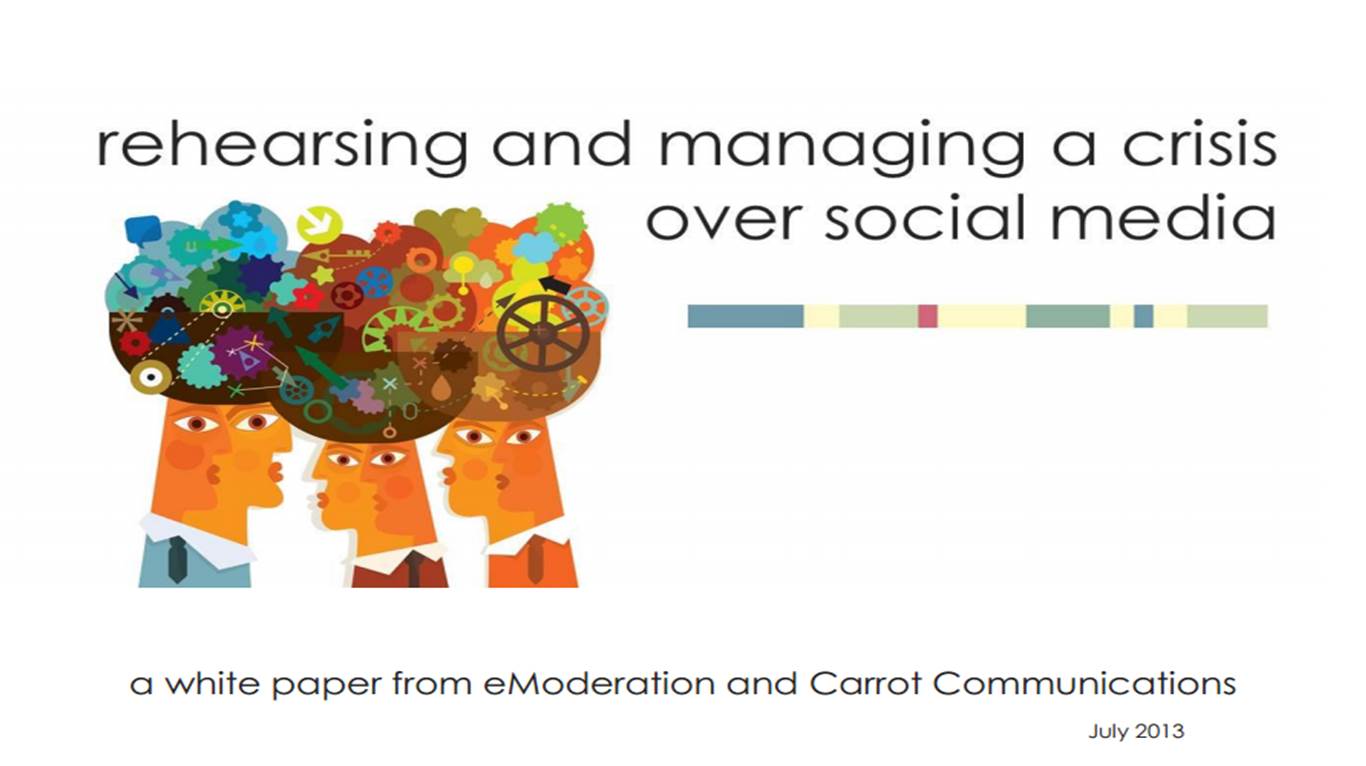